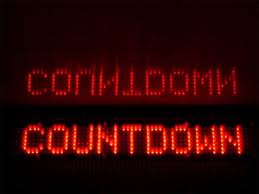 I’m more than two weeks (17 days) away from completing the shooting part of my film. I am so glad to be reaching this milestone because I never thought I would get to this point but I’m here. During the 11 month journey of capturing footage for the film, I had a lot of doubts in my mind because I had no clue what the hell I was doing when I started. I had no clue how to work a video camera, I didn’t know how to use editing software, I was a complete mess.

The best thing about working on the film was that I had help, a lot of help in putting this film together. I had people like Camille DeBose who I’ve mentioned a few times on my blog (Stepping In Front Of The Camera, Filming Plans, Being In Front of The Camera), has helped me with different ideas and concepts. Another person who has helped me is Alaric Rocha when I worked with him on Deadly Embrace. Seeing how an actual film works and being on a real set was one of the greatest experiences I’ve had so far in my film career. Oh and the many friends and family who have support me and this film. I don’t want to leave you all out because you played an important role in my film as well.

While I’m sad that I’m not going to be collecting anymore footage for my film, I’m excited to continue this journey and start marketing and promoting the hell out of this film. I’m gonna make this film a success!