Well as of yesterday I am on break from DePaul. Man it feels good waking up and not having to go to class, that’s an awesome feeling. I want to let you guys know that I had my presentation in my math class and it went very well. I’m proud of the work that I put into it because it coincided with the film.

Today I want to talk about and go more in depth about my filming experience so far. Let me tell you all something, I’ve really enjoyed working on my film. I enjoy having a video camera in my hand and filming my journey. In short time filming, I never imagine that I could have this much fun working on a film, let alone my own. 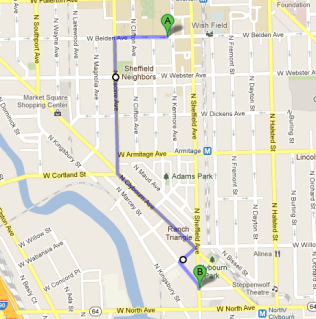 You know working on this film has given me a new sense of energy in my life. I’m doing something in my life that’s is making me happy for a change and I think I have found my calling in life. I didn’t think I would enjoy working on film, maybe I thought it would be a complete drag but it hasn’t and I’m happy for that. I’m gonna make this film a success not just for the people who not only believe in me but in my film. I want this film to be a success because I’m apart of it and this film will be a huge step for me in my future as a producer and a filmmaker.

That’s all for today but for my next post I’ll talk about the documentary film that inspired me to work on my film again.